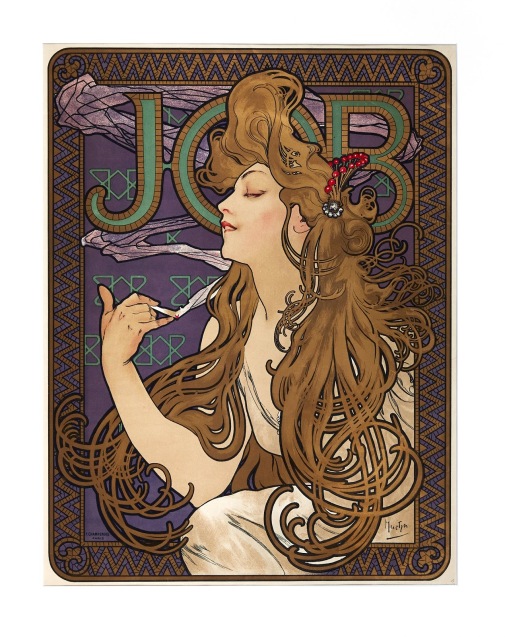 This exhibition of mainly French Art Nouveau will explore the drama and spectacle of contemporary life at
the turn of the 20th century. The majority of the seventy works, in various media, are on loan from the
legendary collection of Victor and Gretha Arwas and the show marks the initiation of a significant
collaboration between the Sainsbury Centre and Gretha, to establish the Victor and Gretha Arwas
Foundation dedicated to the study and presentation of Art Nouveau.

Sense and Sensuality presents some 65 works drawn from the Arwas Collection, the Anderson Collection of
Art Nouveau (already in the Sainsbury Centre holdings), and from various other private collections. 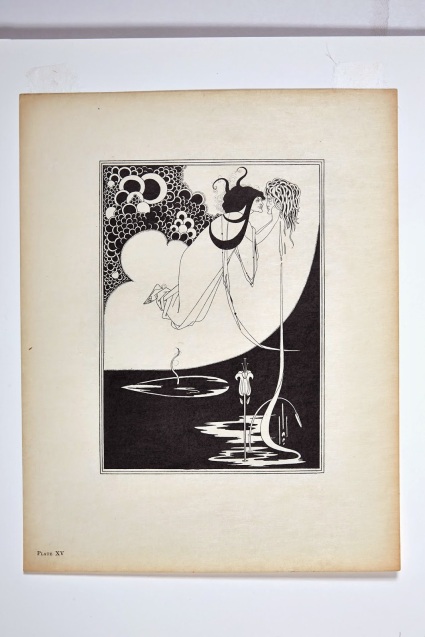 Following on from the 2012 exhibition, The First Moderns: Art Nouveau, from Nature to Abstraction, which
focused on Art Nouveau as the forerunner of international Modern design, this exhibition looks at those Art
Nouveau designers who were interested in the darker, more complex side of life.

The show embraces the sensuality of Art Nouveau, which at times is risqué, and features a wide range of works from sculpture, graphics, and books to ceramics, glass and furniture. Early examples include Felix Vallotton’s (1865-1925) great original poster L’Art Nouveau (fig. 1), the first public presentation of the name when it appeared outside Siegfried Bing’s Maison de l’Art Nouveau in 1895, and Aubrey Vincent Beardsley’s (1872-1898) magnificent Salome prints (fig. 2), which many believe to be the first true works in the style. Masterpieces by Alphonse Mucha (1860-1939), Maurice Bouval (1863-1916), Théophile Alexandre Steinlen (1859-1923), François-Raoul Larche (1860-1912), Paul François Berthoud (1870-1939), Jean-Joseph Carriès (1855-1894), and many others, make this a delicious display of fin de siècle art and design.

The period 1890 to 1914, which saw the rise and fall of Art Nouveau, was complicated: it has often been
depicted as an age that represented the end of many things, but it was also an age of beginnings. It was a
turbulent time: millions of people migrated to rapidly growing cities, becoming urban dwellers in a
modernised environment. How people lived, worked, and took their pleasures was transformed in a single
generation and, alongside the physical shift, how they thought about the world also began to change. It was
an age of contradiction, in which aspiration sat alongside anxiety and doubt, and in which values of the past
clashed and mingled with ideas about the future. 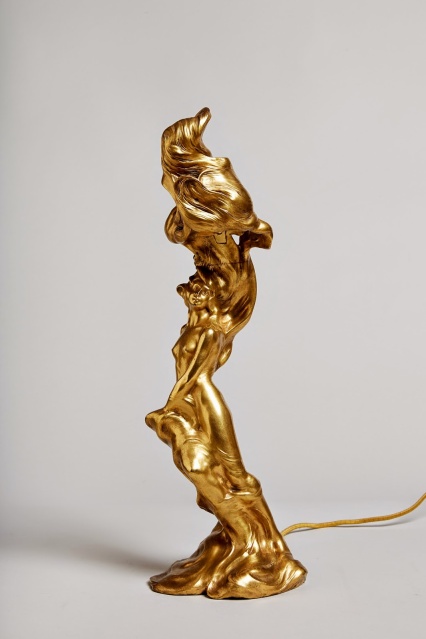 Sense and Sensuality explores the intense emotional maelstrom of the period. It focuses on personal and
sexual liberation, women and the rise of feminism, youth revolution, the questioning of organised religion,
eroticism and an exploration of mythology, novel art forms, psychology and dreams, narcotics and the
concept of mass manufactured art. Thus Art Nouveau could be interpreted as a style of liberation and a
widespread questioning of values. 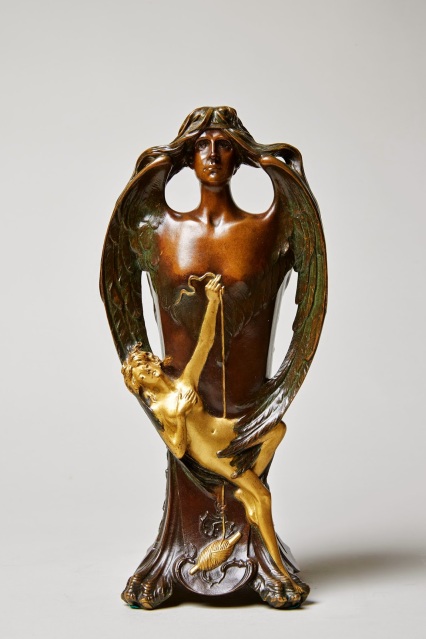 Mythology and the emerging science of psychology provided inspiration and influenced many of the great Art
Nouveau artists. Jean-Joseph Carriès’ Fawn (fig. 3) is thought to be based on a likeness of a Paris vagrant:
the artist was renowned for experimenting with his realistic sculptures and this work presents a disturbing
representation of a man’s desperation. 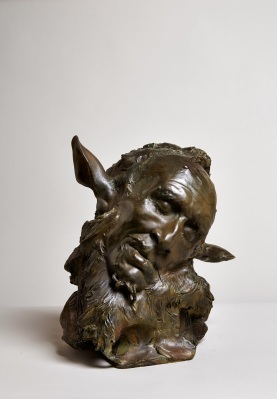 Bouval’s Sommeil ou La Femme aux Pavots (fig. 7) is clearly a depiction of modern woman sexually
liberated but with a powerful hint of the social undercurrents of addiction and narcotics, her eyes closed and
poppies in her hair.

More overtly, the depictions of Art Nouveau woman in posters, paintings and sculptures were often sexually charged. With or without her clothes, and whether still, dancing, self-consciously posing, or smoking a cigarette, she was not a quiet, shy or unassuming character like her Victorian forerunner: she had confidence, with flowing hair, a coquettish smile, and eyes provocatively closed. Mucha’s famous images of women reflect this liberation and two examples of his single greatest work Job (fig. 8) are presented here. All this lived just below the surface in much architecture, furniture, glass, jewellery and ceramics, where curving lines round volumes appear to be based on plants and landscapes but were often representations of limbs, breasts, buttocks and phalluses.